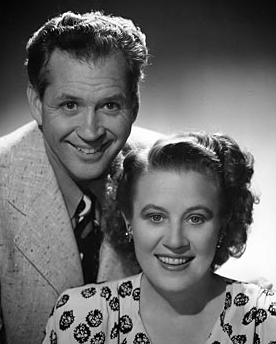 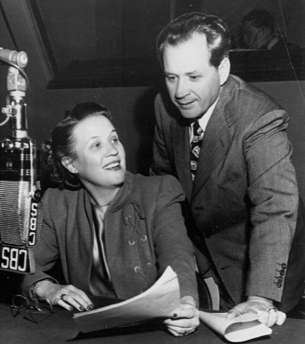 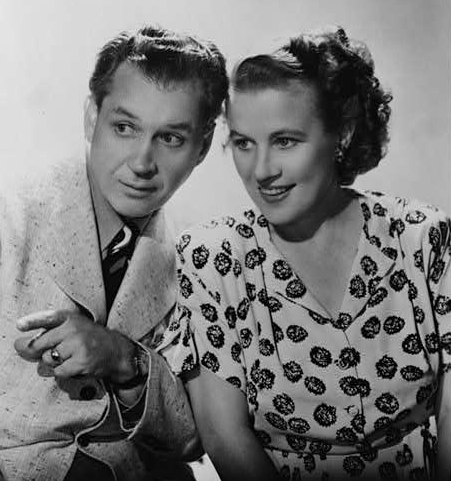 Jim Jordan, who became world-famous as Fibber McGee on radio and in films, was born in Peoria, Illinois.  His career as a vaudeville singer was interrupted by the draft into World War I.

After discharge, Jordan married his childhood sweetheart, Marian Driscoll, who was also born in Peoria.  As a young girl, Marian had studied piano, voice, and violin; the couple began to work as a song and dance comedy team in various midwestern vaudeville theaters.

The Jordans first worked on radio at station SIBO in Chicago in 1924 billed as The Singing O’Henry Twins.  At WENR, they were featured on The Air Scouts and later appeared in a dramatic series called The Smith Family.

In 1931 the Jordans performed their first Fibber McGee and Molly comedy routine on The Smackouts and this domestic comedy sketch soon appeared on such network shows as The Breakfast Club, Saturday Night Jamboree, and Kaltenmeyer’s Kindergarten.

Regularly heard on The National Farm and Home Hour, the couple developed their own series in 1935, Fibber McGee & Molly, which ran for more than twenty-one consecutive years.

After their show left the air, the couple occasionally appeared as Fibber McGee and Molly on the NBC Monitor series.

In the mid 1970s, after Marian’s death, Jordan hosted a program about radio’s past popular shows on a local Los Angeles radio station.

Reprinted from The Encyclopedia of American Radio by Ron Lackman, published by Checkmark Books.

Please log in again. The login page will open in a new tab. After logging in you can close it and return to this page.